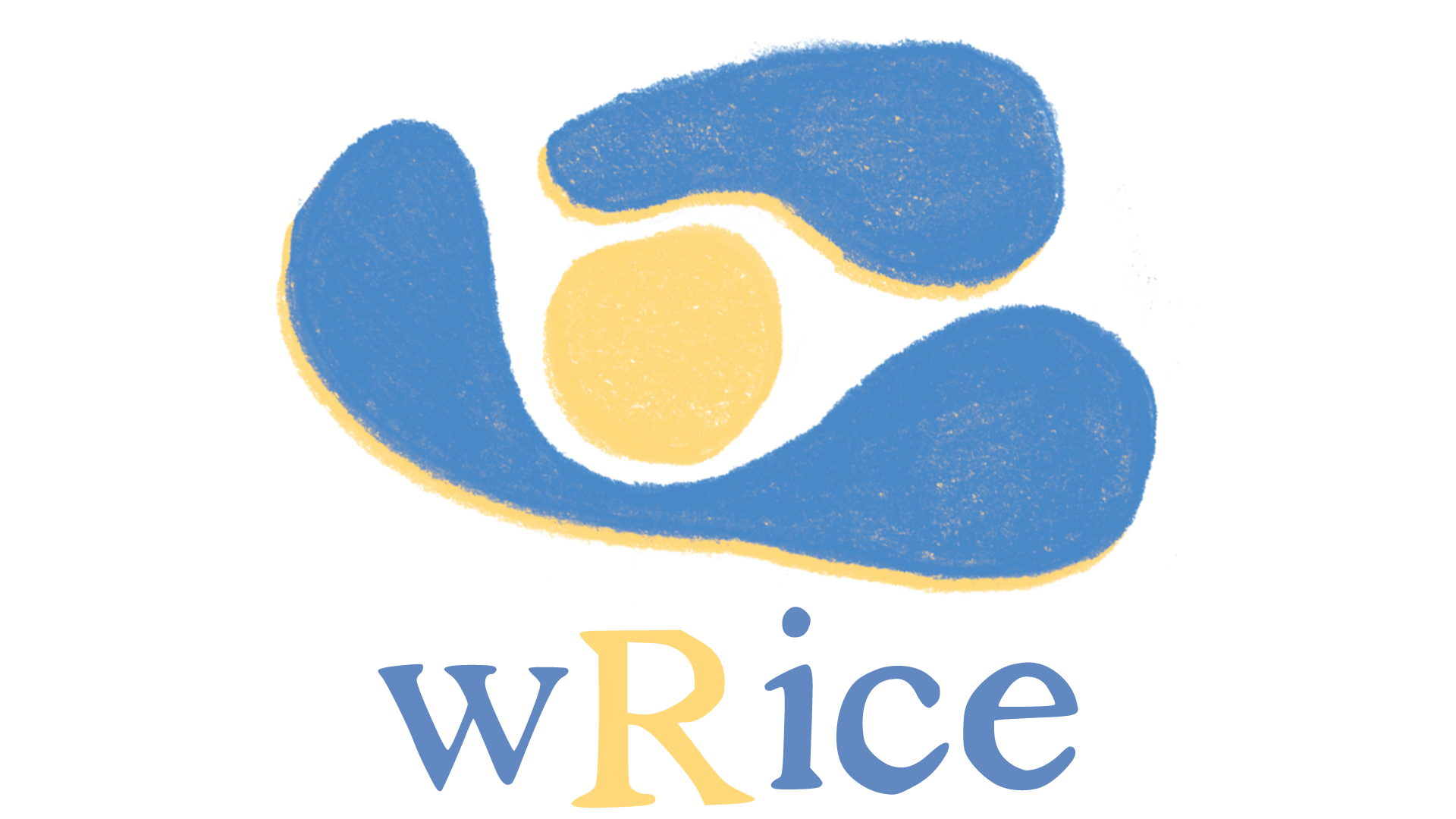 WrICE 2021 brings together 12 invited writers and translators of poetry, fiction and nonfiction from Singapore, Sri Lanka, Myanmar, Vietnam, Hong Kong, the Philippines, Japan and Australia for three weeks in October/November.

At the heart of WrICE is a simple idea: to give writers of different backgrounds and levels of experience a chance to step outside their familiar writing practices and contexts and connect deeply with writers from different cultures and across generations through an immersive residency program. WrICE is a respectful and generative space for reflection, conversation, creative sharing, and surprise.

As writers this is a great way to stir creativity. It’s a precious opportunity to explore possibilities outside our comfort zones and bring something new back to our own creative practice. At the same time, we also want to spark connections and continue to grow an active and supportive community of writers that spans boundaries and crosses borders.

Since its inception at RMIT University in 2014, WrICE (Writers Immersion and Cultural Exchange) has brought together over 60 writers from 13 countries across the Asia-Pacific, including Australia, China, Indonesia, Vietnam, and Singapore. In the past, WrICE has been held as a series of in-person residential writing retreats and public events in various cities and settings across Asia and in Australia. The ongoing Covid-19 pandemic has prompted WrICE to be held digitally—with great success in 2020, and once again in 2021.

A key delight of the WrICE program is connecting our WrICE participants with new readers and audiences. This year, we are partnering with the Singapore Writers Festival—which will also be conducted digitally in 2021—to include participant writers in the festival program in the form of public panel discussions:

Etchings of Legacy
7 Nov Sun, 12-1pm
Join Audrey Chin, Melanie Mununggurr and Ramya Jirasinghe and explore the legacies each generation inherits and carries on. Can you transfer guilt, pleasure or obligation? Do your ancestor’s struggles become yours? Does a nation’s history become your own? Are these stories learnt or etched onto bone?

I Want It That Way
9 Nov Tue, 6.30-7.30pm
Reimagine publishing as an author’s playground and a means to experiment with writers Clara Chow, Eugen Bacon and Quyên Nguyễn-Hoàng. From self-publishing to community commentary, explore how these authors rethink writing and publishing when they choose their own paths. What space does this give to experiment with material, medium, form – even place?

Follow the links above to register for these SWF events.

We are also staging (online) a large group reading with all 10 WrICE 2021 writers to be hosted by non/fictionLab in early 2022 of the residency. Details and links to register for this event will be forthcoming.

The WrICE program (2014-2018) was produced by the non/fictionLab at RMIT University with the support of the Copyright Agency Cultural Fund (Australia). Since 2020 WrICE residencies have been conducted as a partnership between RMIT’s non/fictionLab and Sing Lit Station (Singapore). From 2021-2024, the WrICE program is conducted in parallel with a research project, Connecting Asia-Pacific Literary Cultures: Grounds for Encounter and Exchange, a Discovery Project funded by the Australian Research Council. The 2021 WrICE residency is co-presented by Sing Lit Station, RMIT University non/fictionLab and Department of Literature and Cultural Studies, EdUHK.

Eugen M. Bacon is African Australian, a computer scientist mentally re-engineered into creative writing. Her work has won, been shortlisted, longlisted or commended in national and international awards, including the Foreword Book of the Year, Bridport Prize, Copyright Agency Prize, Australian Shadows Awards, Ditmar Awards and Nommo Awards for Speculative Fiction by Africans. Her novella Ivory’s Story was shortlisted in the BSFA Awards.

John Bengan teaches at the Department of Humanities in the University of the Philippines Mindanao. His fiction and literary translation have appeared in Likhaan 6, Kritika Kultura, Cha: An Asian Literary Journal, World Literature Today, Shenandoah, and Words Without Borders among others. He coedited Ulirát: Best Contemporary Stories in Translation from the Philippines. He received a fellowship from the Ford Foundation and is currently the David T.K. Wong Fellow at the University of East Anglia. He lives in Davao City.

Cheng Tim Tim is a poet and a teacher from Hong Kong, currently reading the MSc in Creative Writing at the University of Edinburgh. Her poems are in Berfrois, diode, Cha: An Asian Literary Journal, Cordite Poetry Review , among others. She was nominated Best Small Fiction by SAND Journal in 2020. She is working on chapbooks which explore Hong Kong’s landscapes, as well as desire and rituals through the lens of tattooing.

Audrey Chin is a Southeast Asian writer whose work explores the intersections between gender, faith and culture. Her essays, short stories, novels and contemplative verses have been published in Singapore, India, the UK and the US. She is a Fellow of the 2017 International Writers Program in Iowa.

Clara Chow is the author of two story collections Dream Storeys, Modern Myths (shortlisted for the 2020 Singapore Literature Prize), the travelogues New Orleans and Caves and a bilingual poetry collection 几首烂情诗/Lousy Love Poems. She has been writer-in-residence at Toji Cultural Center in South Korea and an honorary fellow of the University of Iowa's International Writing Program. Having started her career in journalism, she now runs tiny indie Hermit Press.

Ramya Jirasinghe's collection of poems, There’s an Island in the Bone won the 2011 State Literary Joint Award. She is the author of non-fiction including Rhythm of the Sea, Trinity, and When Life Touches Life. Ramya was long listed for the Fish Poetry Prize, of Ireland, 2011, and was joint runner-up to UK’s Guardian-Orange First Words Prize of 2009. Her second poetry collection, Love Poems from a Frangipani Garden , was published by the Mica Press, UK, in 2018.

Rina Kikuchi is Professor of Literature at Shiga University, Japan, and Adjunct Associate Professor at the University of Canberra. She is currently working on a research project on Japanese women’s poetry of the Asia Pacific War. Her bilingual books of poetry translations include Poet to Poet: Contemporary Women Poets from Japan (2017, co-edited with Jen Crawford) and Pleasant Troubles (2018, co-translated with Harumi Kawaguchi).

Melanie Mununggurr is a Djapu writer from Yirrkala, in East Arnhem Land, mother, poet and spoken word artist. Melanie writes in both English and Dhuwal about identity, family, autism and various social issues. She is also an advocate for raising autism awareness. Melanie weaves Dhuwal throughout her writing as a way of decolonising literature and the arts. In 2019 Melanie travelled to six countries and performed at many festivals around Australia. She is the 2018 Australian Poetry Slam Champion. She is one of about 4600 speakers of Yolnu-Matha.

Quyên Nguyễn-Hoàng is a writer, curator and translator living in Vietnam. Her texts have appeared in The Margins, Jacket2, Words Without Borders and various anthologies and exhibition catalogues. Nguyễn-Hoàng's work has been supported by the PEN/Heim Fund and the Institute for Comparative Modernities at Cornell University. She holds a B.A. from Stanford University.

Pandora (b. 1974) was a blogger in the years 2006-2011. She pioneered the compilation of two anthologies of Myanmar women poets in 2012 and 2016. She has published one story book and two collections of poems. Her book Khru Pyit Launcher, published by the Era Publication, won the National Literature Award 2019 for Poetry. Pandora is an alumna of the University of Iowa International Writing Program (Fall 2012). She participated in the Taipei Poetry Festival 2017.

Alvin Pang, PhD is a Singaporean poet, writer, editor and translator. Featured in the Oxford Companion to Modern Poetry in English , Pang’s writing has been translated into more than twenty languages worldwide, including Swedish, Macedonian and Slovene. An IWP and Civitella Fellow, Pang serves on the boards of the International Poetry Studies Institute and Rabbit journal, among others, and is an honorary Adjunct Professor of RMIT University. Pang’s latest titles include WHAT HAPPENED: Poems 1997-2017 (2017) and UNINTERRUPTED TIME (2019).

Francesca Rendle-Short is an award-winning novelist, memoirist, and essayist. Her writing pays attention to form, a practice that is experimental, idiosyncratic, attentive to whimsy and transgression. Her research focuses on ethical enquiry, queer thinking, trans-national literatures and literary practices, and the value of collaboration and community building. Her five books include The Near and the Far (Vol I and II) and Bite Your Tongue. She is Professor of Creative Writing at RMIT in the School of Media and Communication, co-founder of non/fictionLab and WrICE. 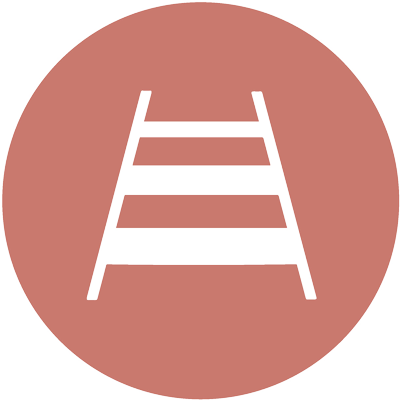 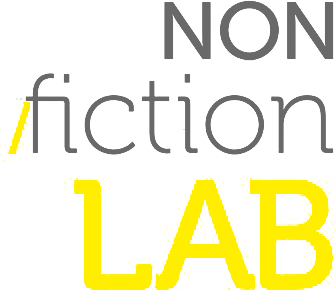